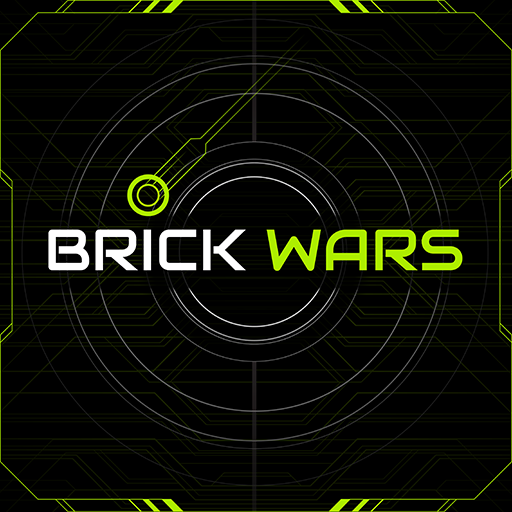 Brick Wars is a newly developed version of the classic brick breaker game which is now a team based player vs. player game. Rather than fighting in dueling style, you and your opponent actually fight in competitions to destroy each respective half of the field. Brick Wars includes multiple levels with each level gradually increasing in difficulty. The player who destroys his opponent’s half of the field is the winner. Brick Wars is an excellent addition to the collection of classic arcade games available on AirConsole.

AirConsole is a leading online gaming platform that converts your browser into a video game console. All you need is a computer or laptop, and a smartphone with internet access. The television or big screen works as the console, and the smartphone is transformed into your gamepad. As long as both devices are connected, you are able to access a wide selection of games that can be controlled using a smartphone. This application is set up so that the smartphone is able to fit the control pads on the smart phone’s screen. AirConsole is uniquely designed to enable several people to play the same game using one shared screen.

As you're playing the game you're sure to notice that Brick Wars uses a neon green color that is very attractive as its frame. It’s also designed to provide excellent audio sound any time your ball strikes the destructible tiles. The balls used are ricocheting and therefore offer a high level of movement.

This game moves fast and if you don’t pay much attention, you are likely to lose quickly. The ball is constantly moving, however, as long you develop the skill of timing the ball; you can build up your speed level, which makes it easier to break down those bricks after they get hit. This game allows for you to test your skills and see how good you are at playing this classic game.

The set-up process for this online game is simple and straight forward. First, you open up your browser on the television or big screen to AirConsole’s website. There’s a start prompt in the center of the page. By pressing the start button, the program will be activated, and it will automatically generate an access code for the smartphone which will be displayed on the screen. To connect your smartphone to this console, you would need to log onto AirConsole’s website and then enter the access code that was displayed earlier. This will allow for the computer and the smartphone to be connected. Please note that you are able to connect as many smartphones as you like, depending on the game. Once access has been granted, you are able to choose from tons of free games offered by AirConsole. You can now select the game of your choice and start playing with your friends.

AirConsole offers a wide variety of online games such as children’s games, sports games, action games, racing games, arcade games as well as party games. Many games have both a single player and multiplayer mode.

Brick Wars is an exciting and exclusive game intended to test your skills and speed at the same time. The game’s fun builds up as you move up the various levels, so be careful!! The difficulty level increases as the level changes. It’s a game that also brings friends and family together while competing to be the winner.  Practice will enhance your skills as well as your timing; it’s a good idea to play often. Timing plays a major role in Brick Wars because it will allow for you to destroy your half in a speedy manner.

Brick Wars is packed with fun and laughter while trying to demolish your half of bricks. This game focuses on skills and timing. Skills are needed to escape from your competitor’s raft while working hard to break down your bricks. Timing is very crucial in this game and mastering the timing of the balls will go a long way in helping you become the winner.

Brick Wars is an advanced version of the classic brick breaker games. They are very similar. However, Brick Wars allows for two players to compete while breaking down your respective portion of the bricks. If you enjoyed playing the brick breaker classics, then Brick Wars is a game that you will love. AirConsole has taken this game to a new level that incorporates excitement and challenges each competitor.  This latest game is available to you at no cost, by simply logging onto the website and setting up your personal access code. This code then connects your smartphone and your television or big screen, and you can begin!

In closing, AirConsole is an online gaming site that allows for the browser to be transformed into a video game console. There are multiple games to choose from such as Brick Wars. Play a game that is designed to enhance your skills and timing, while also having fun. Brick Wars is the game for you!