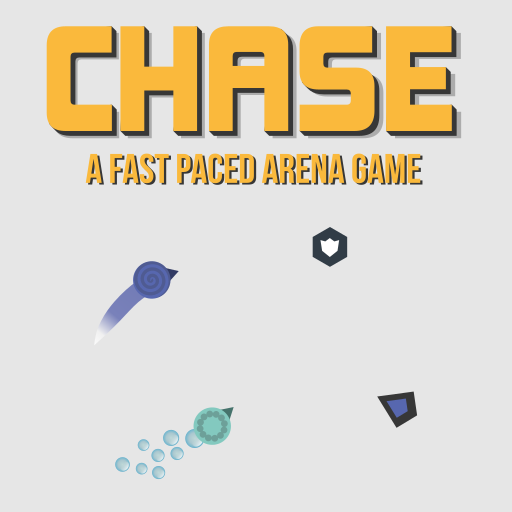 It will chase you!

Chase is a fast-paced competitive party game, perfect for any party occasion. With an enemy that can kill you in a split second and a ball that can increase to massive speeds you must use your skills to avoid, out-play and react fast to win over your friends.

Inspired from the Warcraft 3 mod “Hungry Hungry Felhounds” one player gets the ball and tries to not get hit by the enemy. You can throw the ball to other players to get the enemy to chase them, but if you keep the ball and survive, your next shot will be empowered, making It harder for your target to evade. You can also use powerups to get an edge over the other players.

Chase requires a minimum of 2 players, but a total of 4 players can join. You start by customizing yourself with many different skins, trails, and colors. After that you choose from 3 different maps, and the game starts.

One player is selected randomly at the start of the game and gets the ball, the game starts and all you need to do, is be the last man standing, three times. The enemy, the black arrow, is the only way you can die, so watch out for it. It chases the player who last had the ball in his possession, so if you throw and miss, he’s still on you.

Throw the ball, and hit other players to send the enemy flying towards them, but if you are fast enough, you can dash out of the way and use one of the four powerups.

The shield makes you invulnerable for short period of time, while giving you the ability to bump into other players, messing with their predictions of the enemy’s movement.
Putting up a wall, can ether provide cover for you, or hinder the escape of one of your opponents. You are able to move through your own wall.
Using the magnet powerup can be devastating, pulling together 2 or 3 opponents at once grants an easy win, and bragging right for the foreseeable future.
While the magnet is cool, the explosion is perhaps even better when used correctly. Use it to shoot the enemy into another player, or vice versa, and make some truly amazing plays.