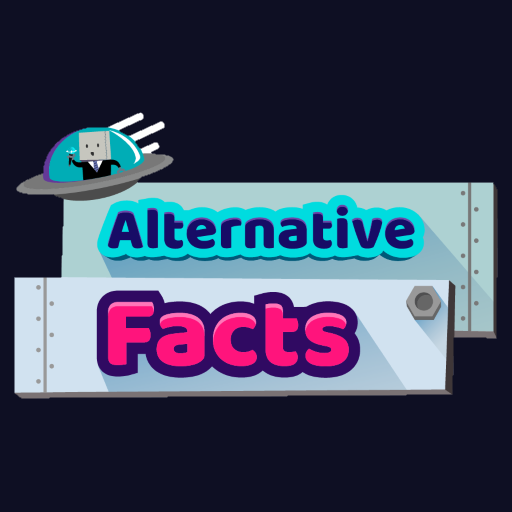 Do you ever stop and think that you could be doing more with your life? Do you sit there and say “I need an objective way to prove beyond a doubt that I am—in fact—BETTER than all of my friends”? If so, you may have some issues that you need to work out… but if you prefer to follow that dangerous line of reasoning—then LOOK NO FURTHER!

From the twisted minds that brought you My Friends Are _____ and Never Have I Ever, comes a more cerebral entry in the canon of smartphone-based multiplayer games.

Introducing Alternative Facts: the game where you are rewarded for what you know and for what other people don’t know. Confused? Let us break it down for you.

Up to 8 players compete against each other in this fact-based challenge.

The players are presented with a fill-in-the-blank statement of fact. Example: “Donald Trump is a _____.”

All players enter an answer. It can be a guess at the real answer, a response intended to trick the other players, or just a stab in the dark. Basically, fake it til you make it.

Once everyone has typed in, all the answers are displayed along with the correct answer. Example: narcissist, ginger, racist, president.

Players receive points for picking the right answer and for every player that incorrectly chooses their answer as the right one.

It’s nice if you know the fact, but we also like to reward successful deception. It’s called creative forms of alternate fact provision—AKA lying!

If this sounds like your cup of tea, sink on down to our level and join us for a game.