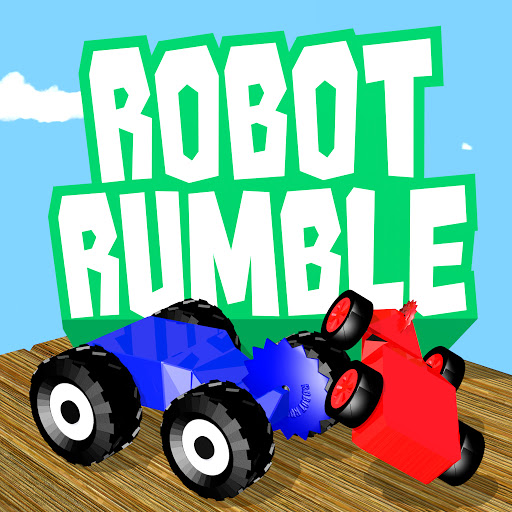 Play together with your friends in this local multiplayer robot battle game. Robot Rumble is all about crushing the other robots or pushing them off the edge. Play with up to 8 friends or alone against the fearless CPU robots. The one that destroys the most opponents wins the game.

Go head to head against your opponents with your robot truck and battle for the win. There are several useful powerups in this game, but you have to be quick to get one as it is first-come-first-serve.

Play Robot Rumble together with your friends on AirConsole.