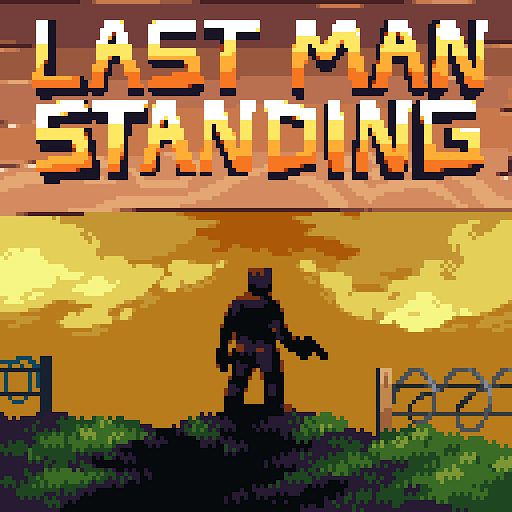 No one can see you!

Last Man Standing is a bundle of 10 game modes for 1 – 8 people focused around blending in to the crowd to win games.

Race – Stay hidden amongst the crowd to avoid being shot. Once you’re close enough to the finish line, run for it!
Coin Game – One player is the sniper, everyone else a thief. Thieves hide amongst the crowd collecting coins without being noticed by the sniper.
Infection – One player will start infected, everyone else is healthy. Healthy players must hold off the infection using guns and stealth.
Capture the Flag – Classic capture the flag but with guns and ink grenades. Capture as many flags within the time limit.
Zombies – Defend against waves of zombies, upgrade your guns, repair barriers and other bonuses in this version of zombies for AirConsole.
Wink Murder – One player is the sniper, everyone else is an assassin. Assassins have kill the other players; the sniper must kill the assassins.
Statue Game – Stay hidden amongst the crowd to be able to touch all the statues first without being killed by other players.
Protect and Serve – Split in to two teams, protectors and assassins. Protectors protect the royals, assassins must kill the royals.
Bot Patrol – Get points by killing your friends or attacking robots. Most points after the time limit wins!
Duck Hunt – One player is the sniper, everyone else is a runner. Runners use the crowd and objects to hide behind to make it to the other side.