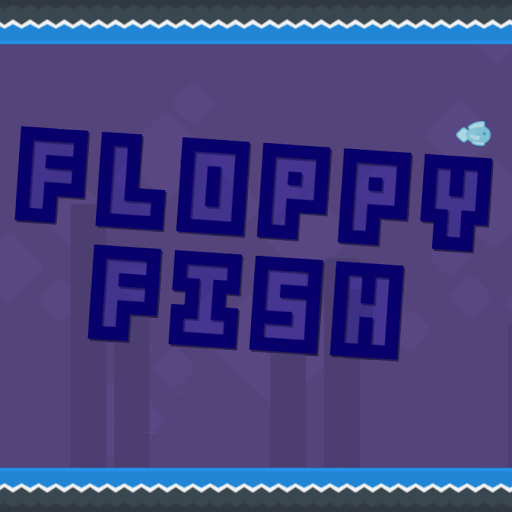 How far can your fish make it? Floppy Fish is a local multiplayer game where the goal is to direct your fish as far as possible without touching the appearing poles or hit the ground. The fish will flap upward every time the player taps the button and if the player stops tapping the fish will fall to the ground. The objective is for the players not to bounce into the poles and get as far as possible. When a player falls to the ground or touches one of the poles, they are out of the round. The player that makes it the farthest wins, as simple as that.

Floppy Fish is a retro style 2D game that can be played alone and up to an unlimited amount of players. With its simple game mechanics and short learning curve, Floppy Fish is the perfect party game for large gatherings.

The game consists of one button: Jump. To avoid touching the floor or the poles, you’ll need to constantly keep tapping this button. The tricky part is to find a good balance and not to tap too less or too much.

There are several game modes to make it interesting:

One round - Play one round. The winner takes it all.

First to 3 wins - Play until one player won 3 times.

First to 5 wins - Play until one player won 5 times.

First to 7 wins - Play until one player won 7 times.

First to 10 wins - Play until one player one 10 times. (This might take a while with a lot of players)

50 total points - First player to get a total of 50 points wins the game.