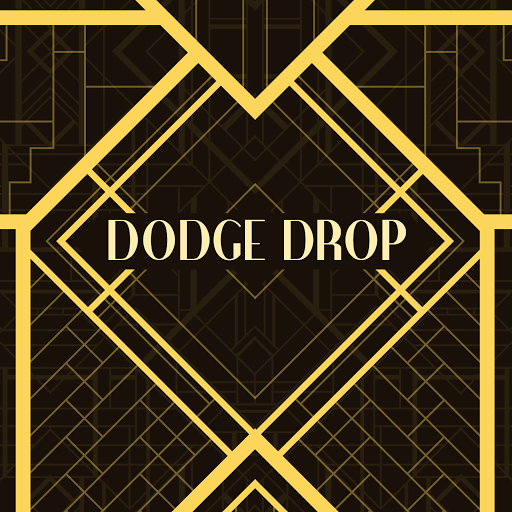 Can you make it to the blue finish line without blowing up? AirConsole's Dodge Drop will test a competitor’s ability as they slowly descend through a maze of obstacles designed to destroy you on contact. Each obstruction becomes increasingly difficult to navigate past. Survival depends on a player’s ability to move a ball quickly from left to right avoiding danger while using a smartphone as the remote. If a player can get through all the obstacles to the blue finish line at the bottom of the screen, then they get to go to the next level.

Race Your Friends in Multi-Player Mode

Games are more fun with friends than they are alone. Dodge Drop is a 1-4 player platform that allows you to go solo or race other competitors to the finish line. This is where the action heats up. It's no longer enough to make it to the end. Now you have to get there before everyone else. But be careful! If you touch an obstacle, you will blow up and have to start all over again. This puts another player in first place and closer to the goal.

Although there are no weapons in Dodge Drop, it is possible to destroy the obstacles and barriers by closely breezing by them. By destroying them, you can clear a path that makes it easier to get to the blue finish line. On some levels, destroying obstacles is necessary to move downward. But don't get too close or they will destroy you first!

Land on the Safe Platforms

Throughout each screen, there are safe platforms that a player can land on before continuing the drop. These platforms come in handy as the maze gets trickier to navigate. Landing on a safe platform can stop the player from the constant motion of descending and help them reset and formulate a new strategy to make it to the end. Some of the platforms are short, while others can span across the screen. They act as a safety net for all players.

If a player lands on a bouncing platform, it will reverse their downward movement and bounce them upward. In some cases, this helps the player to dodge the obstacles. In other situations, however, it can work against the player and force them into a dangerous circumstance. The key to getting through the bouncing platforms in Dodge Drop is to learn how hard and fast they launch the ball into the air. This allows the player to get through some sticky situations while jumping all over the place.

The greatest skill a player can learn in Dodge Drop is timing. Many of the obstacles move in rhythm at the same intervals. Understanding this rhythm will give the player the edge they need to get through numerous obstacles that are heading in different directions at the same time. Each game level progressively gets more challenging to play, but the rhythm of each obstacle stays the same from level to level. Eventually, a player will learn these rhythms and be able to complete any level regardless of how complicated it is.

What Are the Obstacles?

What makes Dodge Drop fun to play is the wide range of red obstacles that are presented throughout the game. If it's red, it's dead. Each red item comes with its own set of challenges and will cause players to have to start over time and again. It can be frustrating!

The Red Stairs. Even more imposing are the red stairs that line up diagonally. The player must stay as far away as possible, because the fast descent may not allow the ball to move left or right fast enough. In Dodge Drop, there can be several red stairs in succession. Good luck getting through them!

The Moving Squares. Moving squares are everywhere. They quickly move back and forth from side to side. Sometimes it's one square. Other times there are several squares lined up horizontally or vertically. Then there are multiple groups of squares that fill the screen. It makes the descent to the finish line almost impossible.

Cannons. If red platforms, red stairs, and red squares aren't enough, then the red cannons in Dodge Drop can spice things up. Just like the moving red squares, cannons can shoot alone or in large numbers.

Disappearing Boxes. A large group of boxes can block a player's path with nowhere to go. The good news is, the boxes disappear. This is the player's chance to get past the blockade. The trick is to get through it before the boxes reappear. Get caught with a reappearing box, and it's back to the beginning.

Shrinking Boxes. Shrinking boxes become smaller and then grow again. When they are small, they create space for the blue ball. They grow back, however, as fast as they shrink. This can suddenly put the player in tight spaces with little wiggle room.

AirConsole offers remote online games that can be played anywhere. All that is needed is a computer, a smartphone, and an internet connection. Each player pulls out their phone, punches in a code and instantly begins playing. Dodge Drop is a fast-paced game for casual gamers who just want a good time with friends. Like Dodge Drop, all games on AirConsole are easy to begin playing and highly addicting!