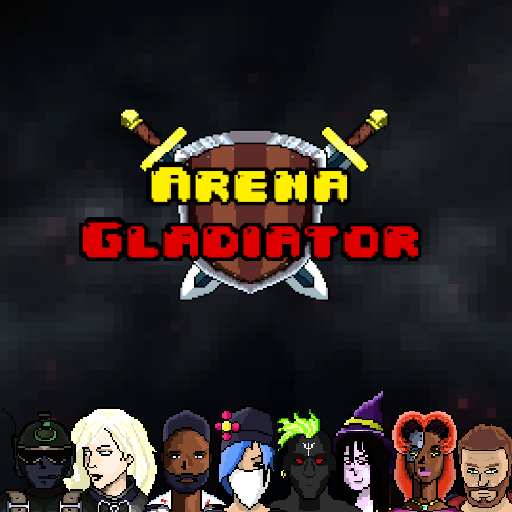 Gladiator Arena is a shooting game in which two gladiators face each other using different types of weapons until the end of the fight. Weapons and shields appear randomly at some points in the arena. Weapons have different types of damage and different firing speeds. As for shields, they protect from some bullets. Hearts recover part of their lives. You can escape the bullets by staying in strategic places, jumping or using a protective shield.

It is also important to remember to be careful when firing, because if the bullet hits something nearby, the damage it can cause can hit you, especially in the case of the rocket launcher. Each time one player kills the other, he gets one point, and at the end of the 3 minutes of combat, the highest scoring player wins the game. This is a simple game, not only of shooting, but also of strategy and, after all, who does not want to be the best gladiator in the arena?